I'm Sick and Tired of Hearing About the H-Word 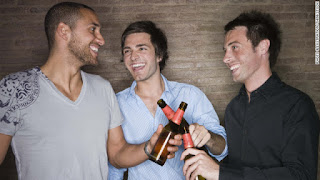 Were you at the Association of Fraternity/Sorority Advisors annual meeting closing banquet this past week in Fort Worth? If you were not, then you missed out. If you were, then you got a chance to hear Anson Award winner Tom Jelke speak some uncomfortable truths in his acceptance speech.

He asked us some really uncomfortable questions – questions that made us think about the ways in which we do our jobs. While there were a number of zingers in his speech, here was my favorite:

“Are you reaching out and developing all of your students, or just the ones with whom you feel comfortable working?”

This question, out of all of his questions, triggered something that I have been feeling now for quite some time.

In the last 5-10 years, we have alienated about 80 percent of the male students on our campuses, particularly in our fraternity chapters. We have alienated them to the point of having a name that we call them – a term that in many circles is met with derision and scorn.

We call them “Hypermasculine.” The H-Word.

Hypermasculinity has become a buzzword in student affairs in the last decade. Initially, the H-Word was used only to describe a relatively small portion of our students, and only in a clinical setting – those whose behavior exaggerated stereotypical masculine behavior, such as physical strength and sexual aggression. It was a new way of describing what had previously been referred to as “jock culture,” where physical and sexual aggression were ways of life for a small percentage of male students, particularly among male athletes. When the word first came into popular use, it was met with hostility in some circles, as some felt it was a racist term to describe black male athletes. But its use persisted. Originally just a psychological term, it came into popular use through books such as Michael Kimmel’s “Guyland: The Dangerous World Where Boys Become Men,” a pseudo-scientific tome which lamented the fact that *GASP* some men were waiting later than previous generations to get married and that *GASP Again* because of that phenomenon, many of them were living communally (i.e. they had roommates) and those roommates occasionally did crazy things like drink beer and/or play video games *AUDIBLE GASP.*

KIMMEL WAS TALKING ABOUT ME! THAT BASTARD! You see, guys like me are apparently everything that is wrong with America. We shun responsibility. We fastidiously avoid “growing up.” Whereas our fathers got married and started families in their early 20’s (by the time my father was my age, he’d been married for 18 years and had a teenage daughter), we were waiting until our late 20’s or *GASP* even our 30’s before settling down. And Kimmel said this was a huge problem!!! Never mind the fact that the divorce rate for our parent’s generation is now well over 50 percent and perhaps – just perhaps – we were trying to avoid their mistakes. Never mind the fact that, for many of us, this “delaying of adulthood” was actually used to further our educations and better prepare ourselves to be able to financially support our future families.

So now, any guy who fits the traditional male gender stereotype is hypermasculine. On many college campuses, if you are a cis-gendered male, you are generally lumped into one of three categories: gay, hipster, or hypermasculine.  We have created very little room for any sort of in-between.

Here’s why all of this is a problem - Our use of the H-word is driving heterosexual college men away from engagement on our college campuses in droves. We started calling them names, and now we act surprised or frustrated when they become “disengaged.” A lot of fraternity/sorority advisors that I talk to will readily admit their discomfort or, even worse, their outright disinterest in working with “hypermasculine” fraternity men. And as a result, a population that arguably needs our support the most is getting the least support!

Need proof? The decline in men’s engagement on college campuses throughout the last decade is well documented. My guess is that on 90 percent of college campuses in America, resident assistants, orientation leaders, peer leaders, student activity board members, etc. are made up of a disproportionate ratio of gay to straight men. While survey research tells us that gay men make up anywhere from 10-15 percent of the men on our college campuses, my guess that on most campuses they outnumber straight men in these areas of student involvement by a ratio of somewhere between 2 or 3-to-1. And I don’t think it is because all of a sudden gay men started clamoring to get more involved on campus – it happened because slowly, gradually, straight men became less and less engaged, and less and less interested in getting involved in any sort of traditional student affairs engagement offerings. It happened because, somewhere along the way, student affairs professionals forgot how to sit down and have a conversation with a straight student who occasionally enjoys sex, beer and video games. And instead of reaching out to them, we’ve demonized them and started calling them the H-Word.

Want the straight men on your campus to become more engaged? Stop calling them names. Reach out to them. Talk to them. And stop blaming them for all of the problems on campus.

So many challenges we face with men on campus have mistakenly been chalked up to hypermasculinity. Hazing, for example, is often thought of as a rite of passage caught up in displays of hypermasculine behavior (and in some groups, particularly some culturally based groups where ethnic identity has taken the place of hypermasculinity, that may be the case), but in reality it is generally the result of a group-think mentality wherein groups have convinced themselves that the prize of membership is worth abusing prospective members, flexing our evolutionary impulses to not allow newcomers to immediately exploit the benefits of membership. Hazing very often has nothing at all to do with masculinity, which becomes even more evident when you consider the fact that sororities haze, too! Does hypermasculinity contribute to the severity of hazing in some cases? Possibly. But it is not the underlying cause of a culture where hazing is viewed as a requisite component of group membership. As my good friend Jeremiah Shinn likes to say, just because something seems true doesn’t mean that it is.

So what are some strategies that we can employ to re-engage all of these “Hypermasculine” men that we have slowly disengaged over the last decade, while still confronting the real problem of actual hypermasculinity?

Some of it we are already doing – we are finally targeting groups traditionally associated with hypermasculinity (fraternities, athletes, etc.) and inviting them to be part of the solution, helping them think through and challenge traditional male stereotypes and helping them better understand problems associated with the objectification of women. But we can’t stop there. We need to intentionally be recruiting men to be involved in things like orientation leaders and resident assistants, providing them with training that will allow them to be positive male role models for future new students who may then also seek out those opportunities in the future. Frankly, we need to make it cool to be involved.

I also think the work that Josh Schutts and I are doing related to brotherhood has some implications related to this conversation. In particular, chapters where solidarity or shared social experiences are viewed as the most salient forms of brotherhood also tend to have the most demonstrations of hypermasculine behavior (hazing, competitive binge drinking, fighting, etc.). Working with chapters to move beyond solidarity and towards belonging and accountability can be among the most important work we can do in changing the cultures that permit hypermasculine attitudes to thrive. This notion is backed by another study that found that individual levels of hypermasculinity did not predict sexual violence among fraternity men, but it did among non-affiliated men. The group culture in fraternities is more powerful than any individual predisposition that members may possess. If we can move chapter cultures away from solidarity and towards belonging and accountability, we can create group cultures where problematic hypermasculinity is replaced with genuine engagement, involvement and a feeling of being able to be yourself (as opposed to fitting the masculine mold) and being accepted for who you are and what you bring to your group.


Is hypermasculinty a real problem in our society? Of course it is. But instead of a disease inflicting 80 percent of our males on campus, it is a psychological disposition that impacts a small portion of men in serious ways, and a larger number of men in minor ways. It is often passed on to them through male role models in their life, popular media, violence in sports and video games, and a belief in traditional gender roles. All of these are things we can help alleviate by just having conversations with them, helping them unlearn that which society has taught them.  Let’s stop calling our students names, and start practicing what we preach by “meeting them where they are” and helping them become better.
Posted by Gentry McCreary at 10:57 AM