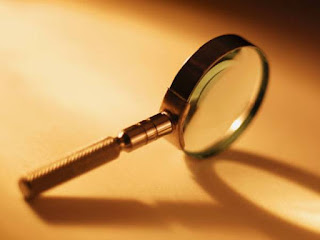 As the semester winds into gear, so do the fraternity and sorority new member processes on many campuses. We often find ourselves in full-blown investigation mode this time of year, trying to work through information gleaned from anonymous tips and parent phone calls to determine what is really going on in our chapters.

Hazing investigations are difficult. They are often filled with lies, half-truths, and misinformation. Cutting through the veil of silence and secrecy can often be difficult, but it is not impossible. It requires knowledgeable, skilled investigators who understand the unique nuances of hazing and the variety of ways that student groups will collude and obfuscate in order to hide the truth.

In a previous post, I have argued that campuses should use their trained Title IX investigators to also investigate hazing cases. This would allow campuses to respond quickly to hazing allegations and build up a team of knowledgeable, trained investigators.  If you haven’t read it, be sure to check it out.

Beyond the advice contained in that article, here are five other tips for conducting better hazing investigations.

1. Move quickly – In a hazing investigation, time is of the essence. Once a chapter is put on notice that an allegation has been received and an investigation is forthcoming, it does not take long for them to “get their story straight.” Once a report is received, an investigation should begin in less than 24 hours. Ideally, this includes giving the chapter as little lead time as possible before arranging to conduct interviews with the new members. The less time they have to work on the story, the easier it will be for you to get to the bottom of the allegation.

2. Guarantee anonymity, and find “The One” – In every hazing investigation I have ever conducted, I have always found one person who wants to talk to me. Find this person. The best way to get that student to open up is to guarantee their anonymity. Investigators should compile and present investigation notes in a way that does not disclose the identity of the individuals who provide them with information. The best model for this is to have an adjudication process by which a hazing investigation report can be presented in a student conduct hearing without disclosing the identities of the individuals involved. If you are able to guarantee anonymity in your investigation, then “the one” is much more likely to tell you his or her story.

3. Keep your cards close to your chest – When you are doing a hazing investigation, you need to be prepared to be lied to. Don’t get mad or upset about this – the new members you are investigating stand to lose a great deal by helping you, and are likely under tremendous pressure. You should expect to be lied to in an investigation. But here’s the best little secret I can share with you – most of the time, the new members you are talking to do not know what they should be lying about and what they can share with you openly. For this reason, I always like to play it close to the chest with the first 6-8 new members that I interview.

So, in my interviews, I always start with very broad questions that do not disclose the specific nature of what I am looking for. This means, instead of jumping straight into questions about the allegations you have received, ask general questions about their experience as a new member (i.e. tell me about the new member process; tell me what your schedule of activities as a new member looks like; etc.). When you do this, a magical thing happens – you find crazy inconsistencies in even the most basic details about their experience. I was recently doing an investigation for a school in Oklahoma. I began by asking them very basic questions about their new member process. Of the first six new members that I interviewed, half indicated that they were required to learn and memorize certain material from their new member book, while the other half denied that they were required to learn anything. Once you are able to develop a pattern of inconsistencies, you can focus your investigation on those consistencies simply by pointing them out and asking “why would anyone feel the need to lie about this?”

4. Expose the breach – In an investigation that I recently conducted for another campus, there were allegations of lineups and being blindfolded in a local river. As the call came from a parent and included detailed, specific information, we were fairly certain the allegations were true.  My strategy in the investigation involved starting with broad general questions, as described above, before finally asking each participant “so, tell me what happens at the river.” The first six guys I talked to, not surprisingly, had no idea what I was talking about. One even went so far as to ask “what river?”  But then good ol’ lucky number seven, who must have missed the memo about not talking about the river, informed me of some bonfires that had taken place out at the river. He was quick to tell me that nothing bad happened there (LIES!!!), but that they had just hung out and done “brotherhood stuff” (I LOVE brotherhood stuff!!!).  I asked him if all of the new members were at these bonfires, and he stated that they were (Finally!!! A Breach!!! Now, let’s pack it with dynamite and blow it to pieces!!!). So, investigators, when you find yourself in this situation, here is the perfect next question for you:

Swing away. Hammer this point home. Once you expose the major breach in the investigation, get laser focused on it. Eventually, you’ll find “the one” (see Step 2) who will open up and tell you everything you need to know.

I begin these meetings by giving them a full run-down of everything that my investigation has uncovered. I go into full detail, giving as many specifics as possible (except for the names of the new members who provided the information, of course). By doing this, I am able to let them know that I know exactly what is going on, and to help them understand that lying to me at this point would be useless.

After I review my report with them, I give them my “power move.” It goes a little something like this:

“Here is the one thing my report does not yet say – whether or not you were cooperative in this investigation. Did you assist in helping me corroborate this information, or did you lie and attempt to cover up what happened? Because at the end of our conversation, it will say one of those two things.  Here’s the deal – you are probably done as a chapter officer. My guess is that you will be removed from office once your headquarters receives my report. You may even be placed on alumni status. But, if I am able to note in my report that you were cooperative and assisted in my investigation, then there is a good chance that you will still be a (insert fraternity/sorority/organization name here) when this process is complete.”

After hearing that spiel, nine times out of ten, they sing like a canary. Now, you should not promise that you know what will happen to them – guaranteeing anything about their membership in the organization would be misleading and inappropriate. But by painting a clear picture of what they stand to gain by helping you, and what they stand to lose by lying to you, they are very likely to give you the information you need. Some of the most helpful information I have received in investigations has come from chapter officers in this manner.


Hazing investigations are difficult. They require trained, knowledgeable and experienced people who know what they are doing. Some of the most rewarding work I am able to do in my consulting work is to conduct external investigations for campuses, and to provide training for campuses on how to conduct thorough and effective hazing investigations. Certainly, there is a lot more to a good investigation than what I have listed out here, but by following these five steps, you will be moving your investigative prowess in the right direction.
Posted by Unknown at 10:43 AM 85 comments: