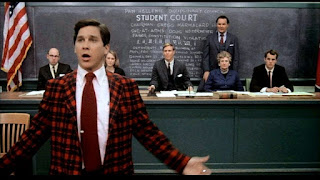 Over the last few years, as I have traveled the country helping colleges and universities improve their ability to investigate and adjudicate hazing, I have noticed a disturbing phenomenon; most college campuses are incredibly ill-prepared to address misconduct involving student organizations and varsity athletic teams.

Take a look at the NASPA Fraternity/Sorority Knowledge Community page, or the ATIXA listserv, or the ASCA Facebook group and you’ll notice the same glaring trend – LOTS of questions about how to handle organizational investigations and adjudication. As I work with campuses on these issues, I see a lot of common mistakes, many of which I now address in my training. In this post, I want to address some of those mistakes and offer “Doctor Gentry’s Five Rules for Managing Organizational Conduct.”

This is the first rule, because it is the most common mistake that campuses make. Many campuses treat student organizations no differently than they treat individual students. In doing so, they only have one policy (a student code of conduct) laying out prohibited behaviors, procedures, and student rights. As many campuses eventually discover, this “one size fits all” approach rarely works cleanly with student organizations.

Campuses would be wise to adopt a separate set of policies related to managing organizational conduct. These should include a specific set of processes related to organizational investigation/adjudication procedures, a clarification of roles/responsibilities in the process (more on that later), and options for formal or informal adjudication (also more later). In addition, some prohibited behaviors also warrant their own separate policies. Almost all campuses now have Title IX/Sexual Misconduct Policies that lay out prohibited behaviors and procedure related to sexual harassment and gender discrimination on campus. But what about a hazing policy? Most campuses only mention hazing in the list of prohibited behaviors and never get into the details of how hazing will be investigated/adjudicated. Campuses would be wise to adopt a stand-alone hazing policy laying out these procedures. At NCHERM we have adopted a model hazing policy that we provide as a resource to the campuses with whom we work.

What should these separate policies include? Generally speaking, as an institution, you need to “give yourself permission” to use specific investigative tactics. For example, if you are conducting an investigation into hazing and you want to lock all of the pledges in a room and keep them there, restricting their communication until all have been interviewed, can you do that? Does your policy allow for that? Or if you want to require students to undergo a medical examination to examine them for signs of hazing (bruising, burns, etc.), does your policy allow you to do that? My guess is than 95 percent of current student codes of conduct do not address these issues, which could leave campuses in a legal quagmire if they attempt to implement these practices during an investigation. Campuses would be wise to write these polices in a manner that gives them wide latitude in conducting organizational investigations.

Rule #2 – In Your Policies, Clearly Delineate Roles and Responsibilities

When an organization on your campus is accused or suspected of wrongdoing, who investigates? Who adjudicates? Who hears appeals? Do these responsibilities lie with a single individual? A single office? Or are these responsibilities shared across campus based on the nature of the violation or the accused organization? Can the student conduct office “sanction” a varsity athletics team, or are those responsibilities vested solely within the athletics department? Who has the authority to issue interim sanctions or cease and desist orders, and can those be appealed? If so, to whom?

These are questions that often come up when I’m training campuses on organizational conduct. And they are all good questions. I could give you a list of “best practices” to answer those questions, but I’m not going to. Besides, what makes a practice “best” and who makes that decision? The short answer is this – every campus needs to address these and other important questions in the manner that makes the most sense on that campus.

As you come up with those answers, here are some guiding philosophies that I would suggest you apply:

Campuses need to invest more in having a team of trained investigators for organizational conduct cases, particularly those involving victims (hazing, sexual or physical violence, etc.). By allowing novice investigators with no formal training investigate these cases, we do a tremendous disservice to victims. Hazing cases, in particular, offer the biggest challenge for new investigators. Think about this – in a Title IX case, the hardest thing an investigator will ever have to do is make a credibility determination. Based on evidence gathered from third parties, whose version of events do I find more credible. This is difficult to do, but not impossible. Hazing cases, on the other hand, involve a concerted effort, even by the victims themselves, to provide misinformation to the investigators. A large percentage of hazing cases end with administrators being unable to substantiate the claims of the case. Investigators need to receive training on how to handle these cases. In a separate blog post, I’ve offered some advice on how to conduct these investigations in a manner more likely to result in a finding of the truth. Campuses who fail to invest in training their investigators will yield the inevitable fruits of that decision – dead end investigations and continued misconduct.

Rule #5 – Cease and Desist Orders Are Last, Not First, Option

I have worked with several campuses in the last few years whose automatic default, any time they receive an allegation of potential misconduct, is to place the organization on a cease and desist (the organizational equivalent of interim suspension). I think cease and desist orders should be used sparingly in order to have the most impact and to avoid creating unnecessary animosity between the students and the administration. Issuing cease and desist notices are appropriate when failing to do so could place students in harm’s way. In any sort of serious hazing case, or in cases of serious physical abuse or sexual misconduct that is clearly organizational in nature (like the Kappa Delta Rho case at Penn State last year), a cease and desist is the appropriate response. But many campuses have now taken the step of issuing a cease and desist for almost all cases, regardless of severity. A campus recently called me about a Title IX case they were investigating, in which an alleged sexual assault may have risen out of a fraternity party. The case was completely individual in nature, and nothing indicated that the chapter knew about, condoned, or was in any position to stop the alleged assault. The investigation had revealed that there were some other issues related to the party (namely distribution of alcohol) that may eventually lead to charges against the chapter, and the campus administrators asked if a cease and desist was appropriate. I responded, as I always do to this question, with a question of my own – “If this were just a standard run of the mill alcohol case, not involving a Title IX investigation, would you offer a cease and desist?”  The answer to that question being “no,” I proceeded to my next question. “Then why would the fact that this information came from a Title IX investigation and not some other type of report cause you to order a cease and desist?”

If an organization’s continued operation poses a threat to student safety, then a cease and desist is appropriate. Short of that, it is not appropriate and should not be used. Just because a fraternity or sports team is indirectly involved in a potential Title IX violation does not mean that the organization poses a threat to other students. Would we temporarily kick all of the students out of a residence hall if a sexual assault occurred after a floor meeting? Would be suspend the entire chess club if a student was sexually assaulted by a member of the team after a match? Did anyone propose suspending the entire Oklahoma football team after Joe Mixon punched a woman in the face at an off-campus restaurant? I ask these rhetorical questions to illustrate a point – holding entire organizations responsible for individual acts of misconduct is rarely, if ever, appropriate. When cease and desist orders are used as a punitive measure, and not because of a genuine concern for student safety, then they become problematic. They should be used sparingly, and only for the purpose of promoting student safety.

Organizational misconduct can be difficult, but if you follow these simple rules, these cases will be much easier to manage, you will be more likely to impact the negative behavior you are trying to address, and you will build trust instead of animosity as you navigate the organizational conduct process.
Posted by Gentry McCreary at 7:55 AM No comments: