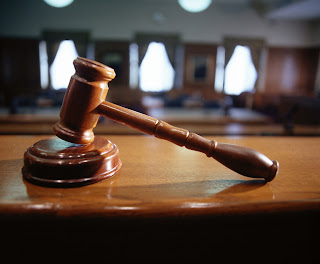 Earlier this week, Inside Higher Ed published an intriguing article related to some of the problems associated with peer-led fraternity conduct boards, using recent cases at Penn State and the University Idaho as examples. This piece has generated quite a bit of healthy discussion in both the student conduct and fraternity/sorority advising circles, illuminating both the positives and negatives of peer accountability boards.

Let me start by saying this – I think peer accountability is a good thing. IFC conduct boards have a role to play, because ultimately the college experience is designed to be educational. We know that peer-governance and accountability is a powerful developmental tool, linked to gains in moral development, cognitive development and self-authorship for the students serving on these panels. We also know that peer-administered sanctions are more impactful to the individual/group being sanctioned, consistent with both Perry’s Theory of Intellectual Development and Kohlberg’s Theory of Moral Development. Students in stages of relativistic thinking and conventional moral judgment (which is where most college students are developmentally) are more likely to be influenced by the attitudes and opinions of their peers than by those of adult authority figures. Peer accountability systems provide students with valuable opportunities to learn from and be influenced by one another in positive and developmental ways. Peer accountability is, developmentally at least, a good thing.

But, as we all learned in our organizational theories classes, the developmental frame is not the only lens through which we can view the problem of how to best address fraternal misdeeds. In the current environment, the legal frame cannot be ignored when determining the appropriate levels of self-determination and peer-accountability.

As we ponder this problem through a legal frame, let me first lay out a few principles that will provide context for what I am about to say:


Fraternity peer-accountability boards should not be placed in a position to adjudicate ANY victim-based crime (Title IX or otherwise), because the use of such a system leaves multiple opportunities for bias to be introduced into the process. The problem is not that fraternity members are inherently biased to rule in favor of or to show leniency towards their inter-fraternal brothers (although that may often be the case). Rather, this type of model provides no safeguards through which we can ensure that the process is unbiased, and that represents a major flaw and drawback to peer-led systems of accountability. The mere fact that such a process has fraternity men deciding cases involving other fraternity men, bound to one another by an unspoken vow of fraternal solidarity, injects inherent bias (whether real or imagined) into the process, Such a process also renders cases decided by such a system wide open for legal challenges (not to mention OCR complaints).

Campuses would be wise to consider the transition to a civil-rights process for ALL cases (both organizational and individual) that constitute victim-based violations. As an example, consider some of the problems associated with adjudicating a fraternity hazing case using the traditional model vs. a civil rights model, as depicted in the table below:

In our current compliance environment, it makes no sense for colleges and universities to willingly introduce the potential for bias into their disciplinary process, especially when they do not have to. A civil rights model is superior, because it reduces bias, is victim-centered, is more likely to find the truth, and limits opportunities for retaliation, legal challenge, and political interference. At Penn State, in the case featured in the Inside Higher Ed article, the IFC conduct board’s sanctions were eventually overturned by the University. Is it truly peer-governance when the administration has to reserve the right to have the last say? Is that really developmental? Is that really the eventual result we want – students making decisions that are regularly and summarily overturned by administrators? What, exactly, does that accomplish for the students involved, the university, or the victims?

Most peer-accountability processes, particularly those involving fraternity judicial councils in which fraternity men decide the fate of their interfraternal peers, are antiquated – vestiges of more adversarial judicial models that proliferated American higher education in the wake of the Dixon vs. Alabama case. Perhaps most importantly, panels consisting of all fraternity men are poorly designed to fulfill institutional obligations to women under Title IX.

In light of all of this, I recommend the following:
Greek peer accountability boards still have an important role to play on college campuses. My most meaningful and developmental experience as an undergraduate (and the one most responsible for leading me into this profession) was my experience as the chair of the IFC judicial board at the University of Tennessee. I learned and grew a great deal because of that experience, and for the most part, I think we acted with the community and university’s best interests at heart. But I also reflect back on that time, and I think about how ill-prepared I was to deal with serious issues involving real victims who suffered real harm, where the institution’s compliance with federal law hinged on my being able to do my job in an unbiased manner.  Could countless hours of training and rigid oversight have prepared me to handle those cases? Perhaps. But for a majority of institutions struggling to get this right, time and money are precious commodities, and the level of time and energy needed to adequately train new student boards year after year may eliminate those models as viable options. For those campuses, the civil rights model presents the most effective and efficient model for addressing not only Title IX cases, but all victim-based violations.
Posted by Gentry McCreary at 6:44 AM