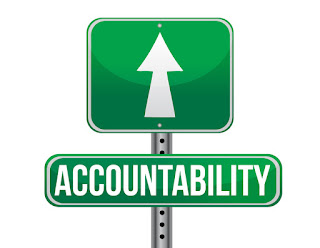 As I’ve traveled the country talking with fraternity and sorority members about brotherhood and sisterhood over the last three years, I’ve had countless conversations with both chapter leaders as well as FSL professionals about the challenges associated with accountability and self-governance in fraternities and sororities. Student leaders are generally candid and open about the struggles their chapters face with regards to holding members accountable. Sorority members don’t respect a standards process that is perceived as impersonal and overly punitive. Fraternity members struggle to hold one another accountable at all. Meanwhile, campuses are stripping away all remaining vestiges of student self-governance and imposing top-down, administratively-driven organizational conduct processes that are unnecessarily adversarial. Council judicial boards are defunct or on life support. Stakeholders (alumni, headquarters, advisors) are viewed by overzealous conduct officers as adversaries not to be trusted.

The research we are doing at Dyad Strategies, as well as the conversations I’ve had with both students and administrators over the last three years, have helped me come to an understanding of three important lessons when it comes to rebuilding cultures of accountability and self-governance within our fraternity and sorority community. Over the next few weeks, I’ll be posting a series of blogs related to those lessons.

Lesson #1 - There are two systems of accountability operating simultaneously in fraternity and sorority chapters, and one is much more impactful than the other.

When you mention the word “accountability” to students, they generally associate that word with the formal systems of accountability in their chapters; specifically, their chapter’s standards/judicial process. If a student gets drunk and out of control at a social event, they are called to meet with the standards committee or judicial board and some sort of sanction is handed down.

When you discuss these two parallel systems of accountability, students easily recognize that the informal process is more effective and impactful than the formal process when it comes to changing behavior. Going to your peers out of a position of love and concern is more likely to elicit behavioral change than punishing members through the standards process. Students intuitively understand what student developmental theory (specifically Kohlberg) has taught us for years – that most 18-22 year-old college students are in a stage of conventional moral development, taking moral cues from their peers. For most students, knowing that their peers disapprove of their behavior is the most powerful motivator for behavioral change. If a student’s peers go out of their way to confront the student about their behavior, that conversation is much more likely to influence behavior than that student being punished by authority figures (even if the authority figures are, in fact, a student’s peers, as would be the case with a standards committee).

In a recent research project for one of our national clients at Dyad Strategies, we measured the sisterhood in each of their 150 or so chapters, then went in and qualitatively studied those chapters with the “best” sisterhood. What we found about chapters with the strongest sisterhood based on accountability surprised us. Their formal systems of accountability were unremarkable – no different from other groups we’ve studied and observed. What stood out about these chapters was how well-developed their informal systems of accountability were. Members whose behavior ran counter to group values were dealt with informally by peers long before it rose to an issue worthy of a standards meeting. In fact, one of these chapters had even gone so far as to formalize their informal process. If a member’s behavior became problematic, the executive board would meet with the standards board to discuss the member’s behavior, and as a group would decide who the best people would be to go talk to this member informally about their behavior. Whether it be a best friend, a big sister, or some other person, the leaders of this chapter put great thought and intentionality into figuring out which person would most likely be successful in confronting the errant member about their behavior. Once selected, the executive board and standards committee would meet with the person selected to have the confrontation and explain to them what they were hoping to accomplish through the confrontation, then would follow up with that person after the confrontation had taken place to gain an understanding of how the message had been received by the problematic member. The standards process in these chapters was reserved for only the most egregious violators, or those for whom the friendly confrontations had little or no impact. By emphasizing informal over formal accountability, these chapters helped their members see the value in accountability as a function of a healthy and vibrant sisterhood.

Students will also readily admit that they often struggle with the “informal” system of accountability. College students today are incredibly uncomfortable with peer-to-peer confrontation, and students will readily admit it when you discuss accountability with them. Again, what our students understand intuitively is backed by research. College students today are less comfortable with confrontation in large manner because of the way they were raised. Recent research has suggested that the problems with confrontation experienced by this generation of college students traces its roots back to the way they were raised – it is a side-effect of helicopter parenting. This generation of students, relative to previous generations, received less of what researchers call unsupervised, unstructured playtime. Previous generations of children and adolescents regularly experienced large blocks of time playing and interacting with their peers without any adult presence. When conflicts arose, children learned to resolve those conflicts on their own. But this generation, because of their helicopter parents, did not experience as much of that unsupervised, unstructured playtime. Parents were always nearby keeping a close eye on things, and when conflict arose, the parents often stepped in and dealt with it. As a result, we have an entire generation of adolescents with little experience resolving conflict and who, as a result, report difficulty both offering and receiving critical feedback from their peers.

And then they come to college, join fraternities and sororities and we ask them to self-govern, even though they are developmentally ill-equipped to be successful at the task. Then, we do very little to prepare them for the work of holding one another accountable. It's a recipe for disaster.

I’ve previously written about other research related to the challenges of self-governance, but this emerging research regarding this generation of students’ inability to engage in confrontation is particularly troubling. Luckily, chapters that I have had the opportunity to work with in the last few years, when presented with this research, have devised activities with their new members designed to help them overcome this discomfort with confrontation. One chapter, in particular, developed a rather ingenious activity designed to have their new members gain comfort with confrontation. In the first week of new member education, the new members are required to memorize the fraternity’s creed (which contains the values of the fraternity). After ensuring that their new members have learned the creed and understand its meaning, this fraternity ends its weekly pledge meetings with an activity. The new members stand in a circle, and they go around the circle twice. The first time around, each new member states a time in the previous week when he saw one of his pledge brothers do something that upheld or exemplified a quality in the creed. The second time around, they are asked to state a time during the previous week when they saw one of their pledge brothers do something that ran counter to one of the values expressed in the creed. It’s a pretty simple activity, but if done well, can have a profound impact on a chapter’s culture.

Chapters that have implemented this activity with their new members have all reported the same thing back to me – the new members struggle with the confrontation piece of the activity the first few times they are made to do it, but over time, they become more and more comfortable confronting one another when their behavior runs counter to the fraternity’s values. When they are given a chance to practice peer-to-peer confrontation in a safe place, their comfort levels in confronting one another grow over time, to the point that it becomes a normalized, expected behavior. Once these men are initiated, peer-to-peer, informal accountability will be second nature to them, and accountability within their chapters will skyrocket.

When it comes to our work with chapters, a focus on informal accountability is probably where we’ll get the most bang for our buck in boosting accountability and, ultimately, self-governance. In the next installment of this series, I’ll be taking an in-depth look at campus organizational conduct procedures that provide incentives and motivation for chapters to self-govern in meaningful ways. Stay tuned!
Posted by Gentry McCreary at 7:03 AM