The Myth of the "Rogue Member" 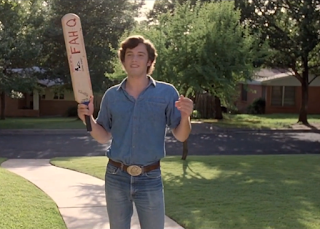 Whenever I visit a college campus, I often get the opportunity to meet in a small group setting with fraternity and sorority presidents and new member educators.  These meetings are generally my favorite part of a consulting visit, as it gives me the opportunity to have a genuine conversation with the students in the greatest position to foster change within their chapters.

I often start these meetings off by asking the students about their greatest fear when it comes to hazing. What is it about hazing that keeps them up at night? By far, the most common answer I get goes something like this:

“I’m afraid of a rogue member doing something that will get us into trouble.”

In some ways, this is a very justifiable fear. In my years as a fraternity/sorority advisor, a majority of the more egregious hazing incidents that I encountered were not those organized and sanctioned by the entire chapter, but rather those conducted by a “rogue” member or small group of members outside of the established new member education process. These regularly occur off campus, in isolated settings, and involve a single new member, or small group of new members, singled out for a special hazing session.  These rogue members often inflict tremendous damage, both to the individuals they single out and haze, and to their chapters and organizations as a whole.

But there are two major flaws in the logic behind the fear of the “rogue” member.  Here are two reasons why the “rogue member” fear is a myth:

1. We already know who our rogue members are.  In a previous blog post, I made the argument that chapters should do a better job getting rid of the sociopaths in their chapters, using Miami Dolphins offensive lineman Richie Incognito as an example.  Many have argued that Incognito was a “rogue” member of the team, and that his treatment of Jonathan Martin was an “isolated incident.” Here is the problem with that logic – anyone who looks at Richie Incognito’s past could predict with a high level of certainty that this sort of thing might happen.  He has a long record of abusive behavior. His hazing and harassment of Jonathan Martin, then, was not an isolated incident, but rather an anticipated incident.

The same is often true in hazing in fraternities and sororities. The “rogue member” who gets him or herself involved in a hazing incident almost always has a prior history of bad behavior; getting drunk and out of control at parties, getting into fights, yelling at their significant others, drug use, etc. The hazing incident in which they “cross the line” is rarely, if ever, the first sign of propensity for poor judgment.  When these “isolated incidents” occur, chapter leaders are never surprised by the identity of the rogue member(s) behind them. Just like Richie Incognito, the incidents are not isolated, they are anticipated.

2. The culture of any chapter gives rogue members permission to do what they do.  I like to think about hazing along a 1-10 continuum. Level one hazing involves the most minor things that we might consider hazing (i.e. new member dress codes, scavenger hunts), and Level ten hazing would involve the most egregious hazing (physical abuse, forced alcohol consumption, etc.).  Here is the problem with the myth of the “rogue member” – you can’t accept level seven or eight hazing as a part of your chapter’s “rite of passage” and then be surprised when one of your “rogue members” crosses the line and engages in level nine or level ten hazing that lands the chapter in hot water.  In other words, you can’t tolerate a little hazing in your organization and not expect that at some point a BIG hazing incident is going to happen.  Hazing is not just a slippery slope – it is a trajectory. It gets worse over time, as “rogue members” constantly push the line of acceptable behavior. Today’s Level 7 hazing is tomorrow’s Level 9 hazing.  So, when our “rogue member” crosses the line and engages in behavior that we deem unacceptable, we should not stand around and act like we are surprised.  The culture of the chapter gave that member permission to do what he/she did.  The problem is not isolated – it is systemic.

So what can you do about it?

First, as I have previously argued, get rid of your “rogue members.” You know who they are. Do not wait for a tragedy to occur before doing what you know needs to be done. If you don’t think your chapter has the willpower to expel a member, contact your alumni or your national organization. There is a way to get rid of them, and your alumni will be happy to help you.

Secondly, it is time to start pushing back the line of acceptable behavior in your chapter. I do not expect that a chapter can magically eliminate a hazing culture all at once, but actions must be taken to begin changing that culture immediately. Where is that line currently drawn in your chapter? What are the acceptable forms of hazing? How can you begin to push that line back?  How can you push Level eight hazing back to Level seven and then to Level six hazing?  Culture change takes time, but the time to start is now.

Stop your rogue members and begin changing your culture now, and avoid “isolated incidents” later.
Posted by Unknown at 9:06 AM