How We Sell Brotherhood and Sisterhood Has Never Been More Important 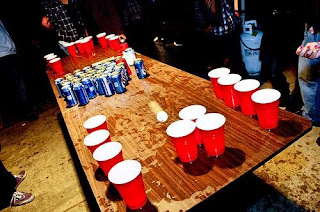 When I have a chance to speak with students about brotherhood and sisterhood, I always ask them whether or not, when they were going through the recruitment process, they chose the chapter that they eventually joined, at least in part, because of their perception of its brother/sisterhood. Inevitably, almost every hand in the room goes up when this question is asked. I then ask what it was they saw in that group – what was it about the brotherhood or sisterhood that attracted them to the organization. The answers to that question are usually the same:

“I saw a group of people who love each other and always have fun together.”

“I saw a group of people who are there for one another.”

“I saw a group of people who you could tell just really enjoyed being around one another.”

My research partner, Dr. Josh Schutts, coined the phrase “currency of fraternity” to describe this phenomenon. Brotherhood and sisterhood are the currency of fraternities and sororities. Chapters are selling it, and new members are buying it. If you think of a fraternity or sorority as a business, then I would argue that brother/sisterhood is our product. Potential members are consumers of brotherhood and sisterhood.

And today’s consumers of brotherhood and sisterhood are the most informed consumers we have ever seen.

When I joined Alpha Gamma Rho in the Fall of 1997 at the University of Tennessee, I knew very little about Greek life. My older sister had joined a sorority at East Tennessee State University, but didn’t really enjoy it and dropped out after the first year. My parents did not attend college, and none of my extended family who were college graduates had joined fraternities or sororities. At that point, I may or may not had seen the movie Animal House – I’m honestly not sure. But beyond that, I knew very little about about fraternity life when my old 4-H buddy Lake Elliott invited me to go with him down to the AGR house during our first weekend in Knoxville. I was an uninformed consumer. I had no idea what I was getting myself into.

I suspect many people in my generation share a similar story. We came to college with only a passing understanding of what fraternities or sororities were about. We may have had a parent or older sibling in a fraternity or sorority, but outside of that, we didn’t really know much about Greek life. We met someone or had some experience that led us to join, and we signed up, not really knowing what it was we were getting ourselves into, unsure of the product we were about to be consuming for the next four years.

But fast forward from 1997 to 2016. Times have changed. Students coming to college today are much more informed about fraternities and sororities than those at any other time in history. TFM. TSM. Greek. Old School. Media coverage of fraternity and sorority misdeeds. Stories that 10 years ago may not have even made it into the school newspaper are now national headlines. Hazing. Sexual assault. Drug and alcohol abuse. Racism. All right there staring at them on any social media venue they happen to be using. The negative aspects of fraternity and sorority life on full display, 24/7.

And they are still choosing to join, in spite of all that.

Or, perhaps, a more troubling scenario - they are choosing to join because of all that.

Fraternities and sororities, now more than ever, have to begin selling brotherhood and sisterhood in a way that moves beyond just the fun/social side of the experience. Guys recruiting with beer pong and selling the party scene are just reinforcing the stereotype. Women recruiting with videos that sell sisterhood as bubbles, glitter and pillow fights are just reinforcing the stereotype. And prospective members, who already have that stereotype indelibly imprinted into their minds, are provided with nothing to challenge or confront those stereotypes, and they join a brotherhood or sisterhood under the impression that the stereotype is what the experience is supposed to be.

We have to begin selling a different product.

We have to make sure our chapters are selling ALL aspects of brotherhood and sisterhood. Not just the fun side, but also the sense of belonging, the self-betterment that comes with accountability, and the self-actualization that can come from working with a group of people towards a common purpose. Only when we sell brotherhood and sisterhood in this way can we really begin to have members come into our organizations understanding that there is more to the experience than just the stereotype. And imagine how much easier our jobs would be if we knew that every member who joined a fraternity or sorority on our campuses walked in the door from Day 1 understanding that the fraternity/sorority experience was about more than just a good time.

We have tried to do this for the last 15 years by talking about “values-based recruitment.” It hasn’t worked. It is time to try something else.

Values-based recruitment is not the answer to our problems. We have been beating that drum for well over a decade, and our problems are only getting worse. We need to help students better understand the product they are selling (brotherhood and sisterhood), and then help them develop strategies to sell ALL forms of their brother/sisterhood to prospective members, not just the type that reinforces the stereotypes that today’s well-informed consumers are buying.
Posted by Gentry McCreary at 10:17 AM