Can We Please Stop Misusing Challenge and Support??? 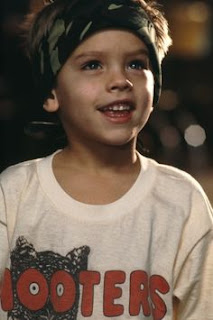 Student affairs interview season is almost upon us! Thousands of eager second-year graduate students and disgruntled-with-their-first-job-young-professionals will scurry about participating in the annual placement exchange circus. This highly ritualized, often maligned, and largely ineffective process of hiring staff is more akin to sorority recruitment than to an actual job interview, but every year we prep our grads and young professionals for this routine like a nervous mother preparing her 5 year-old for his first day of kindergarten.

“Make good eye contact and have a firm handshake.”

“Be sure to dress appropriately.”

“Make sure to prepare follow up questions for each interview.”

Well, today I’d like to add another admonition to the list of reminders we share with our little mentees as they prepare to engage in this annual student affairs rite of passage:

It’s inevitable. Some smarty pants graduate student, eager to show how much they paid attention in their student development theory class, will find a way to talk about their favorite theorist during their interview when asked about their advising style, and they’ll make some banal comment like this:

“Sometimes I push my students to figure things out on their own, and sometimes I help them out with whatever project they’re working on. You know, challenge and support.”

This attitude is akin to some young mother in the middle of potty-training her toddler saying “Well, sometimes I make him wipe his own ass, and sometimes I wipe it for him. You know, challenge and support.”

This isn’t what Sanford was talking about. Not even close.

When Sanford told us that student growth required adequate amounts of both challenge and support, he was not intending for his theory to be used in a vacuum to describe how hands-on or hands-off we treat the students we advise or supervise. But more often than not, this is how I hear young (and old) professionals in our field (mis)use his theory.

When Sanford offered us his theory of challenge and support, he meant for his theory to be used in combination with other theories, to help us understand how students grow along a certain developmental trajectory.

Take moral development, for example. Sanford would argue that in order for a student to move from pre-conventional (obedience to authority) to conventional (social norms) levels of moral development, students need an adequate amount of challenge (i.e. forcing them to question their own beliefs and where they come from) and support (giving them safe spaces with like-minded others, free from constant challenge). Too much challenge, and the student may regress or rebel, yielding no growth. Too much support, and the student is never pushed to think differently, yielding no growth. The key is finding the right balance, giving the student enough challenge, but not too much challenge, to safely push them down their developmental path.

Sanford only works, and should only be applied, in conjunction with other theories (be they cognitive development, psycho-social development or identify development). It was never intended as a stand-alone theory to use in describing your advising style.

So, if you’re prepping for job interviews and want a pocket theory to drop in, only use Sanford if you plan on talking about another theory. Don’t make this common mistake that too many in this field often make.

And if you’re on the other side of the table conducting interviews, and some eager-beaver graduate student flagrantly misuses Sanford in this way, stop the interview, give them a puzzled look, and ask them.


“So, do you wipe your students’ behinds, or do you make them wipe their behinds for themselves?”
Posted by Gentry McCreary at 12:16 PM