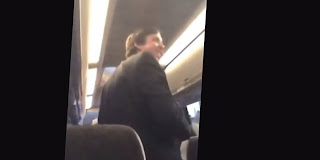 Over the last few years, while teaching student development theory to graduate students, I have developed a list of edicts that my students now (affectionately?) refer to simply as Gentry’s Laws.  They deal less with theory and more with the application of theory – how do we turn theories into practical and useful strategies in our daily work with students? At last count, I think there are nine laws. Perhaps I should add another just to round it out to a nice even number. Maybe some other day…

Any program or activity is only as good as its ability to get students from different backgrounds interacting with one another.

The impetus for Gentry’s First Law comes from a host of student development theories (Kohlberg, Perry, Helms, etc.) which suggest that development (moral, intellectual, personal identity, etc.) occurs when students are exposed to differences (different people, different ideas, different cultures, etc.) and are forced to reconsider their previously held, and less developed, notions of the world and themselves. Pretty simple, really. If we know that exposing students to differences leads to growth along a multitude of developmental fronts, then it makes sense that we should be creating those opportunities as often as possible - not just because of some watered down, half-hearted attempt at “diversity,” but because we want to develop all of our students in a variety of ways.

The recent nonsense with the SAE chapter at the University of Oklahoma has been an all-to-real reminder to me of something I have long felt; the basic setup and structure of fraternities and sororities works in direct opposition to Gentry’s First Law.  I will now demonstrate what I mean by asking one simple question:

Do you think those students would have sang that song had there been a single person of color on that bus?

Of course not. And the fact that, in a bus of 100 people heading to what I assume is a formal, there were 100 white faces and not a single brown one demonstrates what I think is one of the greatest challenges affecting fraternities and sororities nationally – the stark and overwhelming lack of racial, ethnic and socio-economic diversity.

And when I say diversity, I don’t mean diversity for diversity’s sake. I mean diversity that will lead to conversations and understanding of difference - conversations that will lead to the growth and development of our students.  Of course students have the right to freely associate, and of course we know it is human nature to select a group of people who look like you and act like you when choosing groups with which to associate.  But acknowledging only those facts belies a very important truth - college really should be different. College should be a place where we are challenged to leave the safety of the nest, to break out of our comfort zones, and to experience new things and new ideas. This is how growth happens.

Student affairs professionals love to talk about (although they frequently and flagrantly misuse) Sanford’s theory of challenge and support. Here is how you diagnose culture using Sanford: the students in that video had way too much support and not nearly enough challenge. We allowed them to go on thinking that what they were doing was OK, put them in a palatial mansion surrounded by a few hundred like-minded individuals, and wrongly assumed that we could tweet enough about diversity and social justice for them to get the message. Lots of support, not nearly enough challenge.

Fraternities and sororities that resemble Augusta National more than they resemble collegiate living-learning communities are a problem. They are a big problem. And we all need to start doing our part to undue the systems that have allowed the country club experience to be the norm and not the exception, particularly on our larger and more affluent campuses. We are not doing anyone any favors by creating these environments. Students who will one day have to work and interact in an increasingly diverse and global marketplace have no idea how to interact with people who are different from them, and we have long supported and upheld the structures that perpetuate that ignorance. We do a disservice to our students and to our society when we allow students to live in a world where everyone they surround themselves with on a daily basis looks, thinks and behaves just like them.

National fraternity and sorority headquarters – begin insisting on diversity in your organizations.  Make sure your expansion efforts are reflective of the racial diversity of the campuses who graciously host you. Insist that your chapters are inclusive. Insist that your chapters co-sponsor programs with student groups outside of the norm and engage in meaningful service learning experiences that will expand their horizons and understanding of the world in which we live. If you have chapters (and all of you do) that look and act like country clubs, begin asking difficult questions of those groups. Insist that your members are meeting and having significant interactions with people who are different with them. Make an effort to have diversity on your staff and on your board. Lead by example.

Campus-based professionals – if ever there was a case for deferred or delayed recruitment, then this is it. Stop taking students from their all-white neighborhoods and immediately sticking them in all-white fraternities and sororities before they ever set foot inside a classroom. Intentionally create opportunities for fraternity and sorority new members to interact with diverse others during their freshman year and beyond. Create meaningful service-learning opportunities that expose your students to the realities of race, poverty, hunger, homelessness and the social institutions and governmental policies that contribute to those issues. Stop talking about diversity and start demonstrating it.


Like so many other things in the “fraternity movement,” the status quo is failing to adequately address the needs of our students and their development. We have to change, or the intolerable behavior will continue. It is easy to throw the students from that video under the bus they were riding in, but before we do that, we need to take a long, hard look in the mirror and examine the policies, practices and institutional fixtures that helped allow that behavior to occur. We are part of the problem, and we have to do better.
Posted by Unknown at 10:02 AM