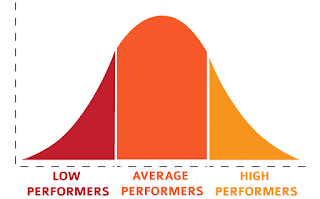 There is a phenomenon that is observed in statistics known as regression to the mean.  In research, if a data point is an extreme outlier on its first measurement, it will tend to be closer to the average on its second and subsequent measures. This is one of the most universal laws in all of statistics.

Regression to the mean doesn’t just happen in statistics. In happens in real life.

It is the single biggest challenge facing fraternity communities on college campuses today.

It’s a familiar story – a fraternity finally screws up badly enough for its national headquarters and/or the host university to close the chapter, with all of the usual weeping and gnashing of teeth. After a hiatus of a few years, the fraternity comes back to the campus and recolonizes that chapter.

Most of the time, the national headquarters does a great job recruiting the right guys for the right reasons into the newly recolonized group. They are the “maybe joiners” or “never joiners” we love to talk about – those guys not interested in the stereotypical fraternity experience, but who are interested in a value-added experience that helps enrich their college experience in a meaningful way. And so it goes for a few years – the chapter is high performing, recruiting other good guys interested in joining for the right reasons. Maybe they have the best grades on campus. They may even win a few national awards.

But you know how this story ends.

After a few years, after all of the founding members have graduated and the notion of offering an experience that is “different” becomes less salient in the minds of current members, the inevitable happens.

Regression to the mean.

The chapter members start looking around, comparing themselves to other groups on campus who have a more prominent position in the social hierarchy. As they look around, they begin to ask themselves “Hey – how can we be more like those groups? How can we increase our social capital? How can we stop being the dorky fraternity and be more like the cool groups?” And, over time, they become less of an outlier and begin looking more and more like the other fraternities on campus.

They become, for lack of a better term, average.

This is not the result of some phenomenon unique to the college fraternity. Rather, it is the result of a widely observed statistical law. We can’t change it. Regression to the mean is inevitable.

The only way to offset the effects of regression to the mean is to elevate the mean.

In other words, we have to redefine what it means to be an “average fraternity” on a campus. The average fraternity needs to be much higher performing that today’s average fraternity. If we are able to elevate the mean, then the results of regression to the mean will be less disastrous than they currently are on a majority of college campuses.

But how do we do that? How do we artificially and positively adjust the mean on a particular campus?

Here is my idea:

Every year, the executive directors of all of the fraternities and sororities should get together and hold a secret ballot vote.  The question put to them should be “what is the campus that gives you the most headaches.” Each executive director gets one vote. An independent arbiter would tally the votes and announce the 10 campuses who received the highest number of votes. Whether or not other campuses can volunteer as tribute is a matter I am open to discussing.

Those 10 campuses would then get their worlds rocked.

If a campus makes the “Top 10” list, the campus administration would be notified and representatives from the national groups would make a trip to that campus to work on a plan of action on that campus.  Each group represented on that campus would volunteer to undertake an exhaustive membership review, getting rid of every single bad apple in the barrel. They would institute models of shared governance. They would mandate alcohol free housing. Guys only there for the party? Gone. Guys only interested in drinking and hazing pledges? Gone. Guys who underperform academically and don’t give a darn for community service? Gone. You get the idea.

In exchange for this cleanse, every campus selected should agree to increase its staffing and support of the fraternity/sorority advising office. Commit resources to hiring additional staff – seasoned staff with the ability to align the fraternity/sorority program with the goals and mission of the host institution. Commit to recruiting, training and providing support to additional chapter advisors. Invest in meaningful educational programming. Spend serious time and resources building an infrastructure capable of sustaining a thriving and successful Greek community.

But if this type of system were actually implemented, imagine the impact it could have. In a period of five years, 50 campus fraternity communities would be completely transformed. It would institute a “new normal” of what it means to be in a fraternity on those campuses.  And as new groups come to campus and “regress to the mean,” the mean to which they are regressing will be shifted upward in a significant and meaningful way.


We can’t stop regression to the mean, but we can change the mean to which organizations regress. And doing so may be our best chance at fixing our broken fraternity system.
Posted by Unknown at 10:48 AM