Maybe We Should Stop Talking About Hazing (Or, Gentry’s Two-Pronged Hazing Test) 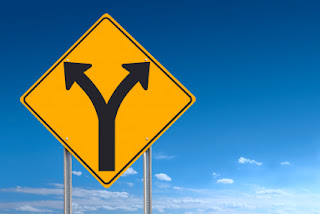 Strategy #1 – "Check the Box" Education – Check the box education is where we gather all of our chapter leaders together a few times a year and go over the campus hazing policy, which inevitably includes a lengthy list of “Thou Shalt Nots.”

Thou shalt not strike thy pledges.

Thou shalt not make thy pledges consume intoxicants.

Thou shalt not deprive thy pledges of sleep.

You get the idea. At the end of this “education,” chapter leaders sign a piece of paper acknowledging that they have read the list of Thou Shalt Nots and understand that if any hazing goes on in their chapters, their asses are on the line. University lawyers love this type of programming, because if there is ever a lawsuit, the University can show where the “hazing education” box was dutifully checked and can show where the chapter in question promised not to hit their pledges but decided to do it anyways. But other than providing some legal cover to the University, this strategy does very little to stop hazing. Students will either do the things prohibited anyways, because we failed to help them come up with something better (you can read more about that here) or they’ll come up with something just as bad that you didn’t think to put on your list and then you have to decide how you’re going to deal with that.

Strategy #2 – "Live Your Values Education" – In this version of hazing prevention education, we gather students together and beg them – IMPLORE them – to live their values.

“You guys, hazing is inconsistent with who we say we are!”

“What would your founders think of the way you treat your new members?”

If you want to start addressing the hazing culture on your campus, here is my suggestion. Stop it with the box-checking and the “live your values” guilt trips. Stop talking to students about hazing altogether. It is a loaded word - it means different things to different people, and when we talk about hazing, we end up debating what "Is" hazing and what "Is Not" hazing. Instead of engaging in this circular debate of trying to define what is and is not hazing, sit down with chapter leaders and ask them to subject all of their new member education activities to Gentry's Two-Pronged Test:

Test #1 – “Is there a group-relevant point or purpose to this activity?”

You have to start with the first test, and the key word here is “noble.” Is the purpose of the activity something that we could all agree would be a good outcome, and is the activity logically matched to producing that outcome. The outcome needs to be specific – not some vague notion of “it builds brotherhood.” What kind of brotherhood? How? To what end? Insist on specific linkages between the activity and the outcome.

But, many activities will pass the first test. There will be activities that are directly linked to some positive outcome, and once you have made that determination, you are free to move on to the second test.

Test #2 – “Is the activity dangerous, demeaning, excessive, or illegal?”

I think this one is pretty self-explanatory. I don’t care how noble the outcome may be from Test #1, if it meets any of the criteria in Test #2, it’s a no-go. No activity can put a new member in danger, we should be above any activities that demean or degrade new members, and none of us are in a position to allow things that are against the law.

When I bring the two-pronged test up with students, there are a few common themes that emerge when they try to push back. They’ll often ask about the pledges as sober drivers. I always hammer home Test #1 when they do. What is the point? Making members safe? Help me understand, if safety is your concern, why you don’t have a sober driver program involving all of your members? Also, I include in the “dangerous” category not only those things that are dangerous to a person’s physical well-being, but to their overall success in college. So, yeah….tell me more about how your pledges are doing sober driver programs until 4:00 in the morning and that isn’t impacting their grades?

Another one that comes up is the pledge “signature books” that so many chapters love to use. Is there a point? Ostensibly it is to help the pledges get to know the older brothers. Is it dangerous? Not in and of itself, but it can be used as a platform for those older brothers to require the pledge to do something that would violate Test #2 in order to get the signature. If you want the pledges to get to know the older brothers, I can easily help you come up with about a dozen different activities that will do a better job of accomplishing the objective without opening up the potential for “rogue members” to violate Test #2.

Notably absent from my tests are “Is the activity required of all members?” A lot of people use this test. I don’t. I don’t think that test is legitimate, because the new member education process is just that – about new members. Once you go through it as a new member, you don’t do it every year. New members can and should be asked to do things that older members are not expected to do, but only if those activities pass the two-pronged test.

My favorite example of the problem with traditional prevention education strategies is that we inevitably put things on the “list of thou shalt nots” that, if done correctly, would pass the two-pronged test. A perfect example is scavenger hunts. In the Fall of 1997, as a new member of Alpha Gamma Rho at the University of Tennessee, my fellow new members and I did a scavenger hunt. It was probably my favorite thing that we did in our entire new member program. Our new member educator obviously put a lot of time and energy into putting it together. It was designed to help us learn about important landmarks and the history of the University. We were divided into teams of 3-4, and were given clues about important or historic locations on campus. When we figured out a clue and went there, a brother was waiting there to tell us all about the building or statue, its history, its importance, and to give us our clue to the next landmark. I still remember things I learned from that scavenger hunt. And today, it would pass both of my tests. Was there a noble purpose? Yup – learning the history and important landmarks of the school made me even more excited and proud to be a student there. Was it dangerous or degrading? Not at all. We weren’t drinking, we weren’t encouraged to break the law, and we didn’t get yelled at if we didn’t solve all of the clues. It was a great new member activity – we learned a lot and had a great time in the process.

But some well-intentioned fraternity/sorority advisor on some campus today would get asked about doing a similar activity by a well-intentioned new member educator and would tell that student they couldn’t do it because at some point in the past one of their predecessors had placed “scavenger hunts” on the list of “thou shalt nots.” It is easy to just say “No” to all scavenger hunts – but it is also lazy. And it isn’t developmental or educational. If we were less concerned about enforcing policies and more concerned with helping our students think critically and develop, we’d probably be more willing to use something thoughtful like this two-pronged test instead of just reading our students a list of things they aren’t allowed to do. Intentionality is more than just a buzzword! It takes time and effort to be intentional and to actually help students think and learn. Being the captain of the “No Police” is not what any of us were hired by our campuses to do, but for whatever reason, about half of the questions I see posted on the NASPA Knowledge Community page have something to do with asinine policies. WE NEED TO BE DOING MORE THAN ENFORCING POLICIES, PEOPLE!!!


Should you still have a hazing policy that lists some specific activities? Yes, and you should make sure your students read it. Should you still be talking to students about how their behavior reflects on who they say they are, and encouraging them to be more consistent with their stated values?  Of course.  But our hazing education and prevention work needs to become more advanced if we are going to A) get students to listen to us and; B) actually do something to prevent hazing. In the New Year, let’s all commit to being more intentional and, as a result, more impactful in our work to prevent hazing.
Posted by Gentry McCreary at 2:06 PM